Have you read or listened to the audio book American Dirt by Jeanie Cummins?

I’d heard rumblings about some sort of controversy around the author and the book so I intentionally listened to the audio book before checking out what everyone was saying.

I didn’t want my experience with the book tainted by whatever was being said.

So, with that I’ll tell you, I enjoyed the book, the story, and the author. The depictions of horror, violence, prejudice, misogyny, linked with uncaring and/or corrupt governments, were well written–imo.

This book is about Mexican migrations and the attempts to get into the USA. The story takes Lydia and her son Luca across Mexico as they fight the near impossible task of migrating north toward the U.S.A. after their entire family has been murdered by the cartel. Together they face threats of rape, kidnapping, theft, and death–and that’s really just the tip of the iceberg.

The controversy stems from the fact that the author of this book is not of Mexican descent but identifies as white and it is the opinion of many that this is not her story to tell.

Cummins had written a story that was not hers — and, according to many readers of color, she didn’t do a very good job of it. In fact, she seemed to fetishize the pain of her characters at the expense of treating them as real human beings.

I thought about this in relation to American Dirt and as per the above definition would agree. The story is overloaded with horrific images and tales but not a lot of substance as to the real issues, historical reality, societal norms, or characters.

Now, I’ll admit I enjoyed American Dirt. As I read I was learning (perhaps as critics say–the learning is superficial) but perhaps I was too focused on the tragedy and not the issues.

In this particular book the issue is the migration of peoples towards the north. The story is based on the tragedy that begins with murder, corruption, organized crime, poverty and doesn’t get any better.

The story of Lydia and Luca is very emotional and even Oprah indicated a new understanding of migrants and listed American Dirt as a book club selection. That’s when the shit really hit the fan.

What’s interesting though is the discussion the book has generated. It’s got me thinking about characterization and the depth to which an author goes or perhaps doesn’t. When the author keeps a shallowness to the story and only focuses on the catastrophes of life then perhaps I’ll now be able to take another look.

This book, whether you accept it or not, has proven to be a catalyst for discussion and realization. It’s not necessarily about the fact that the author is not of Mexican descent and more about the fact that the characters are a study in tragedy which doesn’t offer solutions, resources, explanations or anything else–the aim was more for an emotional response.

For myself, I write what I know. The tricky part is keeping real life diversity in the manuscript without being accused of depicting someone of color in anything but a positive light. It’s a fine line we all walk but we need to be able to create fiction otherwise all my stories will be white characters and that’s not a true representation of the world.

I don’t want that–it’s not true life. But, while researching this particular blog I find that it’s more about respect and true representation while staying away from the stereotypes. To avoid this character development and depth are key. I sure hope this makes sense as I’m still trying to work this out in my own twisted writer brain too.

Here are two questions posed in regards to American Dirt.

In the wake of these reviews, the American Dirt controversy coalesced around two major questions. The first is an aesthetic question: Does this book fetishize and glory in the trauma of its characters in ways that objectify them, and is that objectification what always follows when people write about marginalized groups to which they do not belong?

The second is a structural question: Why did the publishing industry choose this particular book — about brown characters, written by a white woman for a white audience — to throw its institutional force behind?“

I’m impressed by both of these questions actually and I really do need to think about them. As we continue to evolve and grow as a cohesive and inclusive writing community we must respect and debate issues that may be uncomfortable.

In the meantime… Keep writing.

Thank you so much for stopping by. 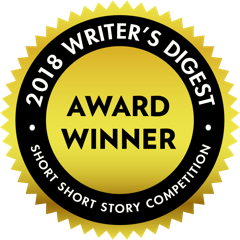